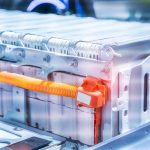 Sibanye-Stillwater secures entry into the battery metals sector through a partnership with and investment into Keliber, a leading European lithium project

This investment into Keliber represents the first strategic step by Sibanye-Stillwater’s into the “battery metals” sector, which is complementary to its leading platinum group metals (PGM) position, with both battery metals and PGMs essential to achieving a “greener” future.

“In line with our strategic objective of entering the battery metals industry, lithium is viewed as one of the core metals to benefit from the significant growth forecast for the electric vehicle sector. Our investment in Keliber represents a strategic partnership of complementary skills and capabilities and a shared vision to be a preferred provider of responsibly sourced battery grade materials for the market. The investment offers the opportunity for further geographic diversification in an attractive mining destination and the opportunity to forge long term relationships with established lithium industry players that have a shared vision of supplying the electric vehicle supply chain.”
Neal Froneman, Chief Executive Officer, Sibanye-Stillwater